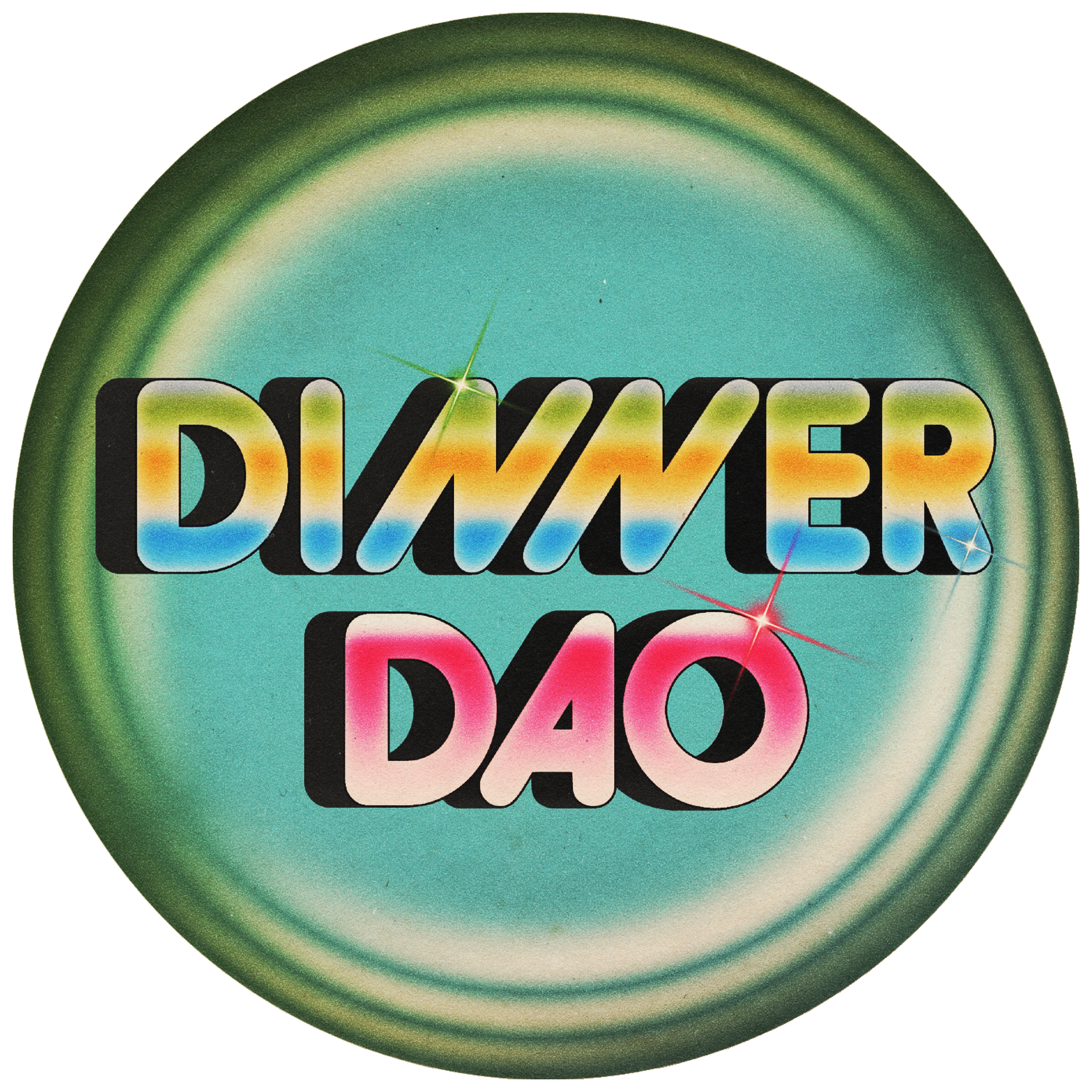 From URL to IRL

Late this summer, Dinner DAO started as a fun experiment and proof of concept. The idea was simple: create a dinner club for online friends to meet IRL, structured as a DAO.

Here’s how it worked.

In many ways, it was about as simple as a DAO can be. The object was focused, narrow, and humble. We just wanted to get dinner with frens.

The first group was set up in NYC. Members could purchase a membership on this makeshift website:

We made decisions together

We set up a voting strategy in Snapshot that allowed for our membership NFTs to be used for voting. This gave us a space to make official decisions, although most decisions were made through informal consensus in our group chats.

We had fancy dinners, we had low-key dinners, we had in-home dinners, and even a private pasta workshop! The benefit of assembling into smaller groups was that each group could determine its own vibe.

The first Dinner DAO was made up of a group of eight people in the NYC area. Then, Amber Case formed another chapter across the land in Portland. Shortly after, two more chapters formed in Los Angeles. Then, a second group in New York formed.

Word got out of what we were doing and we were mentioned in a few tweets, blogs, and newsletters, which brought more amazing people into our Discord. Although we weren’t ready to fully scale up membership yet, we set up a bot that allowed people to share where in the world they were with an emoji reaction. Hundreds of people reached out.

We had dinners with other DAOs

Our first joint dinner took place in December with the FWB local NYC chapter. We had a private meal at Auxilio, a space focused on resourcing & supporting queer, Black, trans, and Indigenous communities of color in NYC. There was an incredibly talented cellist performing too!

Sometimes, it really is about the frens you make along the way. The best outcome of Season One was the meaningful IRL friendships and connections we made.

It turns out that getting eight people together is pretty easy, but scaling a globally coordinated dinner club has unique challenges and takes some work! Here are some ways we can improve:

We weren’t prepared for the amount of interest in the group. Our onboarding experience for newcomers to the Discord left much to be desired. We’ll be focusing on creating a better experience with more clear information on how Dinner DAO works and how to join.

We intentionally didn’t have too much formalized structure for the first season. As we develop more systems to help us coordinate more broadly, we’ll want to develop good documentation.

It’s clear that there are some fun opportunities ahead for Dinner DAO! This could include pop up events, larger events for all members, and creative partnerships. It would be incredible to always know a group of people in other cities to meet with while traveling.

Starting next month, we’ll be launching Season 2 and expanding memberships to more people and more places. If you’d like to be involved, join our Discord and keep a look out! We’ll be sharing information there before anywhere else.